Assault of the Carpet Monster

The creature waits in hiding, patient in ambush, blood on her mind and yearning in her claws. 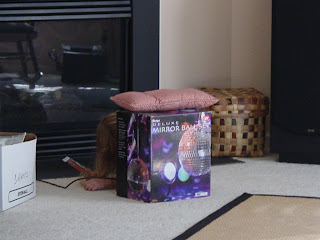 When the moment is right, she springs from her lair, bent on killing! 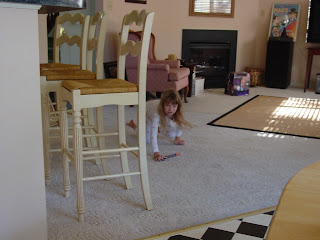 Pure luck got the camera pointed in the right direction. Here is a never-before-seen view of the beast in mid strike. 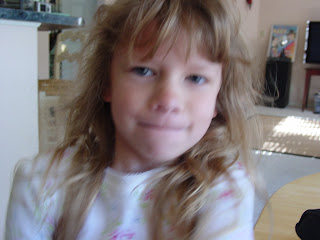 Fortunately our screams broke her killing trance, and she retreated. Later she cooled down in the basement, and took her Audi Quattro out for a spin. 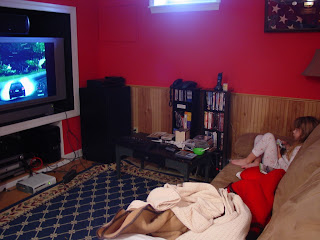 She is always happier, and calmer, after running over pedestrians. 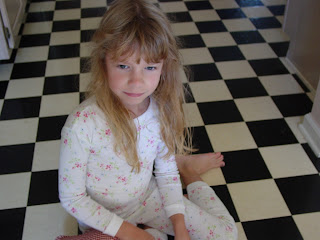 Stars and galaxies brought to you by Jim's Night Sky machine, plus a disco ball. 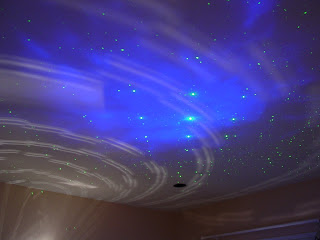 Of Fish and Cha-Cha

Several nights ago I arrived at my brother Jim's, barely half an hour after his wife Jamie, now two months divorced, finally moved out. The party was already winching upward.

Al was there with his wife, also their friend Teena, and music was playing from Al’s iPod through Jim’s mammoth speakers, a lot of top 10s from the 1960s forward, which were surprisingly seductive, also lots of Sinatra. Also of course Beatles and Billy Joel. There were spirits on the counter, and we all got more spiritual by the minute.

Teena was deeply involved with her new PlentyofFish account, a free online dating service, and was actually online as she sat there, fending off IM requests with a thumping rhythm. Some very hot guys hit on her, offering coffee and dinner, and Teena found no easy way to communicate she wasn't looking for anything tremendously meaningful at the moment. So she agreed to several coffees. Sort of.

The music got louder and Jim's daughter Olivia wanted to dance. So Jim hung up a disco ball and shone a light on it, then put out a machine that spread stars across the ceiling. Then he switched on the karaoke machine and gave the mike to Olivia, but very soon turned the mike off, in consideration of those who could still hear. Everything hushed down suddenly when Jamie called to say goodnight to Olivia, but by that time Olivia only wanted to get the party cranking again.

“Daddy, will you please turn back on the disco ball?” Olivia whined, straight into Jamie's ear.

My brother could always turn sorrow into hilarity, sometimes in feats of high inspiration. I remember the night neighbors Pete and Sue came over to visit Jim and Jamie, and somehow a tape of the infamous Tanya Harding wedding night video got put in the machine. We gollied and shucksed along about whether to watch it, as everyone there but me felt some need to square such a thing with regular church attendance. But then, almost without conscious control, as if resigned to the inevitable, we sort of collectively pushed the button.

And there we sat, grim as death, while images of a naked Tanya Harding riding wild and free bathed the room in lurid blue.

Once into this show we could nowise figure a deft way out of it, and so well before Tanya shouted her final war cry the anticipation of post-video embarrassment had gotten thick. In a moment the video would end, and all of us Protestants would face each other in shame and awkwardness.

It was at that moment Jim arose from his seat and cued up his Favorites of Cha-Cha album on the stereo, featuring 15 of the greatest cha-cha hits of all time, making it the soundtrack to Sonya’s moment of love. It was perhaps the greatest use ever found for the cha-cha version of Theme from "The Magnificent Seven," that proud and strutting tune.

The cha-cha music put Tanya and husband into just the right aesthetic context for us. What looked grim and lurid in one light looked completely different on a sporty cha-cha background. 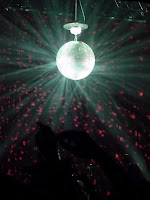 It was in something of this mood that the music got cranked up again, on this first night of my brother’s return to singleness, a night that might have sunk into deeps of gloom. Instead, we remembered a happier way to channel light, with my brother as usual holding the disco ball.
Posted by The Fighting Shy at 2:39 PM 3 comments: 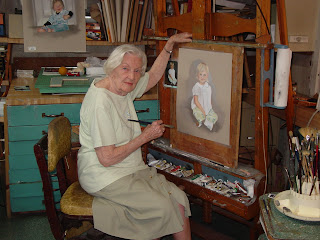 My Aunt Maxine grew up in North Carolina, and has remained in North Carolina for most of her long life. At 92 she’s entered probably the most productive period of her artistic career. Maybe it’s taken this long to conquer the business of art selling, but my aunt now finds herself with more commissions than she can manage: portraits, oil paintings, pastels, watercolors; pictures of children, prominent citizens and not so prominent, seascapes, landscapes, pets, houses.

They are all finding out about her: doctors, dentists, teachers—anyone with enough ego and money to commission a painting. (I should note my aunt’s prices have remained about what they were in 1975.) They come with photographs, sometimes clusters of photographs, and cobbling these together she will compose the picture, set a canvas in her hand-made easel, and begin to paint.

She has already populated a large part of Elizabeth City with her images: They appear in the local history museum, local art galleries, and once a whole truckful of them went onto the walls of the new City Hall. Eminent persons from Elizabeth City’s past, mayors, councilpersons, benefactors of various flavors, celebrities—singly and in groups, they have passed through the bright sphere of her gaze to the permanence of her canvas.

I will not fail to note my Uncle Jack’s place in this enterprise. At 87 he’s the errand runner, the frame stretcher, the appointment scheduler. He’s the man that makes things go. Along with her talent, my aunt also received the gift of long talk, and my uncle long ago gave up competing for a space in the conversation. If not often heard, you will see him plenty, fixing some part of the house or other, painting a porch floor, cleaning a wall, trimming a hedge. Early in the morning he’s spreading food about for the three cats and a dog, and any other stray creature finding a congenial place here amid the fig trees and palmettos.

Plenty of creatures have, myself not least.

I arrived here after yet another summer on the water, a regular but rigorous period of sweat, strenuous labor, long days in the wind, long days of squeezed-out tubes of sunblock and aloe vera, baloney sandw 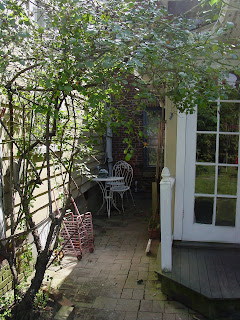 iches, hunting down propane cylinders, playing chicken with power boats, and the occasional trip to the emergency room. I came here last year, too, and the year before that. By early August I’m ready to experience the full explosive thrill of endless rest, days of rest, weeks of rest. I want to put my feet up until all the blood drains out of my legs.
And so I have done. Every August I have launched myself with scant apology into their lives, dragging my bike into their garage and making a mayhem of the “apartment” adjoining their house—actually its own small house attached at a corner to theirs. I have lazed on their porches and filled closets with my important papers. In return for this kindness, they get in me an occasional porch sweeper and paint fetcher, an alert boarder guaranteed to rise before noon and investigate if some great noise signals trouble nearby. It’s the least I can do.

Very quickly I have gotten used to the pace, as who could not? Jack rises by 6, Maxine a bit later. She reaches her studio by 8, while Jack hits the wood shop for a morning of framing and matting. At 11:30 all work ceases and they go to lunch at the little restaurant whose menu they know by heart. In the afternoons, there’s often some work in the garden, maybe some weeding. (I once pulled an invasive plant out of the flower bed, all on my own.) In the evening, another restaurant, and rest for the creation of more art. 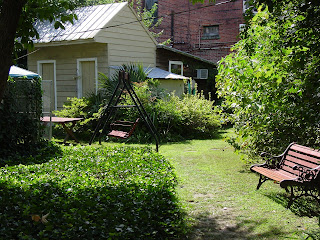 And while I lounge without shame around this property, with its gallery view of humanity on the streets and its hanging gliders, while I wander amid the garden house and the woodshop, the flower beds and peach trees, this demi-paradise with a pretty lawn, and its dedication of every cove and corner to the making of beautiful things, I suddenly realize:

I am at Arles. I am in Tahiti and the Marquesas. I am surveying Paris from Montmarte. I am in Guernsey and Provence and Auvers. I am seeing stuff in person that others will admire in galleries a century from now. I get to stand by while art is being made. And I think: well, maybe I can help out a little more.

Posted by The Fighting Shy at 2:55 PM No comments: