We sailed yesterday with 21 kids from one of our favorite schools, and though we had no wind we had the happy notion to motor eight miles and look for whales, which we found off Point Vincente, a couple of grays. On the way back we saw some much larger finbacks, and several large groups of dolphins. The kids were happy. After hauling halyards and sheets for three hours, several of them went aloft to furl sails and one left the foretop only with great reluctance. A good day’s work.

Along with the kids came a group of USC students doing research on how we teach kids. These were college students, I say, and the natural impermeable confidence of their age was greatly augmented by the confidence conferred by their choice of study. That is, leadership. It turns out there is indeed a scholarship of the art of leading--though perhaps it’s not scholarship so much as an attempt to ennoble all that daffy business literature now crowding airport bookstores. We had aboard some of its scholars, pursuing their business degrees even into hardscrabble San Pedro, and they brought a video camera.

If you happen to take a leadership class at USC somewhere down the line, you might see a video briefly showing a baked-looking man in a floppy hat, explaining how not to fall off the shrouds when climbing. That will be me. The young leaderlings gave me the names of several books on the topic of leadership, several of which—prepare for a surprise!—were written by their professors. Reading them I might learn the various styles and strategies of leadership, and something of the lives of great leaders, who have of course occupied all the ages. For indeed, we will profitably study not only the lives of great modern leaders, such as the men who run our proud corporations; we can also study great leaders of the past, such as Julius Caesar, Machiavelli and Sun Tzu.

The leaderlings were unfortunately no less prone to sea sickness than the non-leaders aboard, and for long periods the progress of their training had to be halted so they could lean over the rail.
Posted by The Fighting Shy at 8:56 PM 2 comments:


Fears of mental inadequacy are common at morning muster. 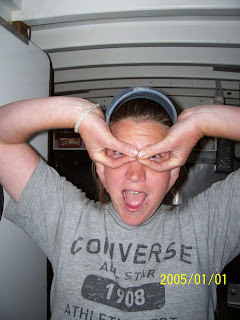 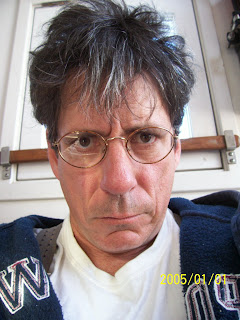 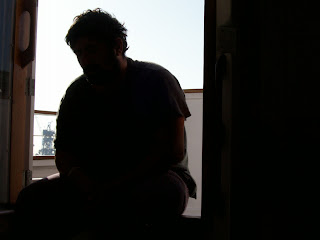 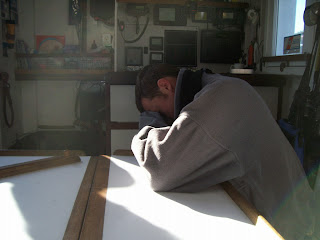